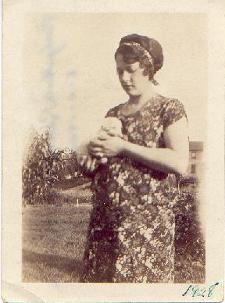 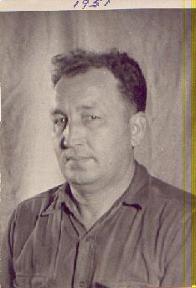 Evelyn said she “started this Heritage in 1966.  But Paul was ailing and never got much farther.“  She also collected newspaper clippings.  “They go back to 1953.  My clippings are now 6,655 that’s a lots of news!  But I am not finished.“

Regarding her genealogy research, it appears for the most part she did it “the old fashioned way;”  by writing letters and searching through graveyards.  In 1984 she wrote, “Two ladies are working on cemeteries of Mercer County.  When they finish they will have 15 volumes.  I hope to get all 15.  That will save me a lot of tramping.”  In 1985 she wrote, “I have tramped cemeteries until I gave up on that….  I bought eight of the fifteen books they had made up.  That helped a lot.  Want to get the other seven if they get more made.”

From her letters, she was a kind and sincere woman.  Even at age 78, she knitted comforters and donated furniture to help pay for church remodeling.  In 1984 she was working on the genealogy and wrote, “I haven’t sent any work as yet because eleven parties want copies.  Wanted to finish up last fall but didn’t make it.  And then to top it off a widowed senior wasn’t sleeping warm enough.  So I pieced a comfort and finished it off two weeks before Christmas.”